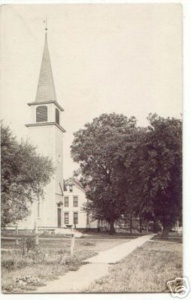 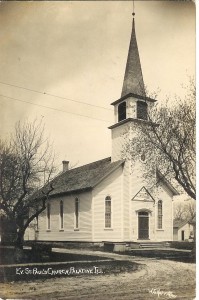 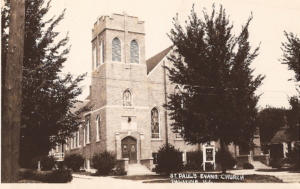 In 1870, many of the members of St. John’s Church had moved to the village of Palatine. In order to serve them better, mission work began. Services began being held at the old Masonic Hall. The next year, the congregation was organized and named the German United Evangelical St. Paul’s Congregation. The first church building was dedicated in 1872 and a parsonage was built on Palatine Road, then Chicago Avenue. The parsonage burned in 1897 and was replaced the same year. In 1925, a new brick building replaced the wooden one. An addition was added in 1955. Since 1957, the church’s name became St. Paul United Church of Christ. In 1971, the church celebrated its 100 years by remodeled the sanctuary and in 1985 a new entrance was added and remodeling was done to make the church handicapped accessible.